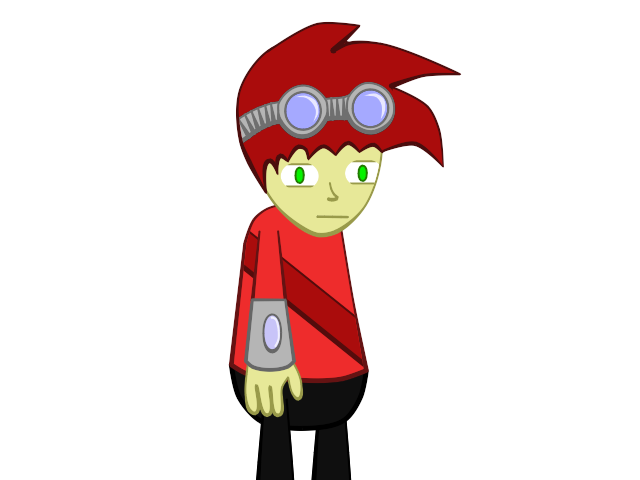 After getting fired from his engineering job, he got drunk and accidentally set off one of his strange contraptions that ended up defeating a monster that was attacking Sector G. He was thus awarded the leadership position of the investigation/crime unit Enigma Group G (EGG). Despite having little qualifications, nobody else wanted the job at the time, and the president was desperate for new talent. Though Ray is a natural leader who is organized and confident, he also tends to lose sight of his objectives a lot in pursuit of intellectual stimulation. He can be a bit of a bossy know-it-all, and is often not quite as brave as he wants to be. 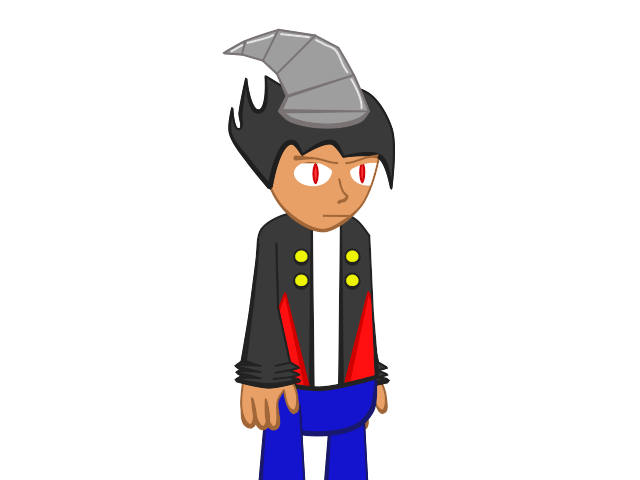 Ray's, umm, companion or something. Nobody really knows where he came from, but he seems to be out of the loop on how society works. He is usually laid back and a bit lazy, but he feels a deep loyalty to his friends. His head is often in the clouds, and he tends to tackle things in the most straightforward manner possible (that is, by punching or burning.) 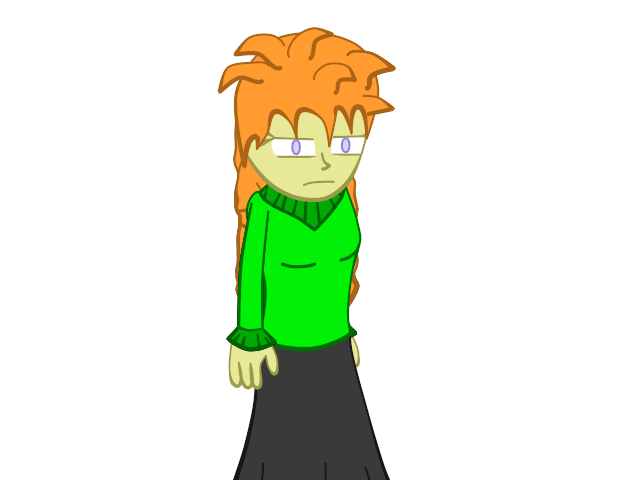 An irritable lady that cannot speak (mostly due to lack of a voice actor). She is eager for adventure and thrills. Though she is intelligent, she has little patience for people and will often act first in a situation. In fact, she is generally quite anxious and sleeps with a knife on her nightstand. 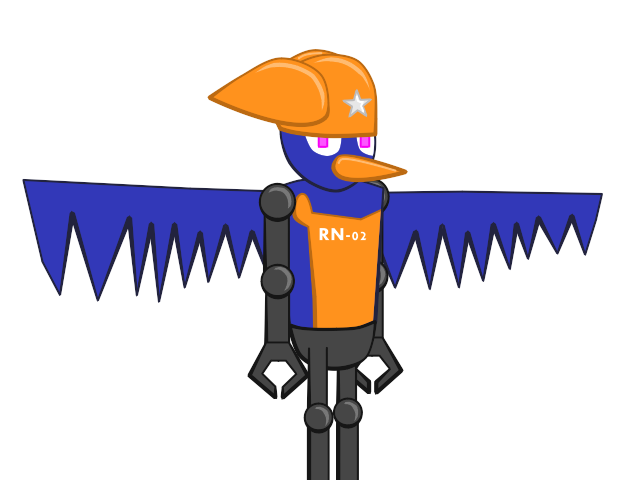 A robot created by Ray out of a salvaged exoskeleton from a mine, designed for flight and combat. He was a very experimental project and almost instantly turned aggressive. After stopping Bird Man from destroying the city, Ray reprogrammed him to have no free will. Bird Man hates the human race with a passion and believes that robots are the superior life form and should rule the earth. However, his position leaves him little power but to complain and criticize everything that people are doing. He is very analytical and quick minded, as you might expect. He's also not afraid to tell the truth, unless when it comes to things he secretly likes about human culture. 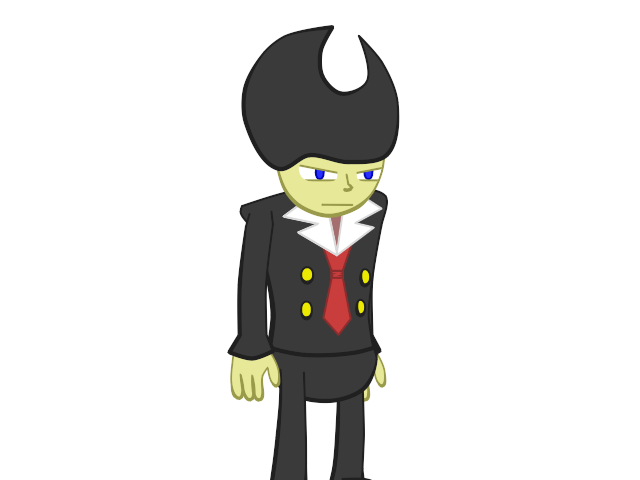 Villainguy is exactly what his name suggests, and perhaps he could never have been anything else. From the beginning of his childhood, he was left responsible for himself and became very resourceful. He grew up feeling alienated and harbored a great resentment for people in general, and he is motivated by a lifelong desire for revenge against the society that has wronged him, and perhaps against existence itself. He likes to put on a facade of being sophisticated and gentlemanly, perhaps as a joke. Though he has little empathy and shows few emotions, he also feels profoundly alone and isn't quite as brutal as he pretends to be. 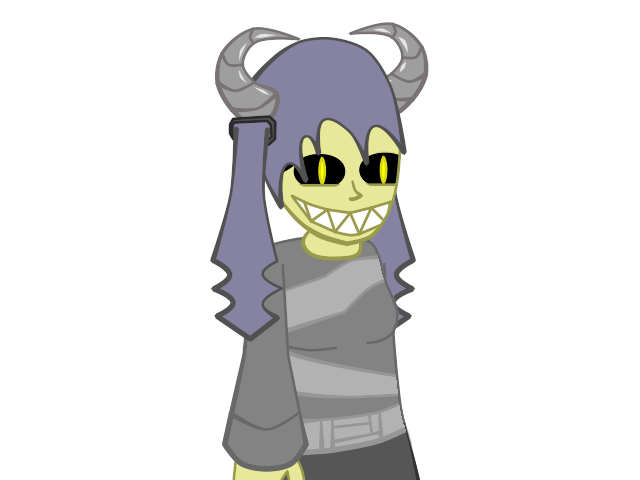 Dislikes: Her own voice, being in crowds, fire, ugly people, pumpkins.

A strange singer from a distant land who can teleport and raise the dead as subservient skeletons. Her weapon of choice is the chainsaw, which she uses to harvest souls from people whenever she gets the urge. Her greatest dream is to put on performances and become famous, but people obviously tend to avoid her, since she kills things for fun. She is usually cheerful and care-free; however, certain people tend to activate an intense hatred within her that she cannot control, and she is also prone to mood swings and getting crushes on people. If anything definite can be said about her, it's that she's unpredictable.

Her name is a portmanteau of the Japanese words "hidoi" (horrible) and "kashu" (singer), which I suppose would be written like マダム酷手. Why is her name Japanese despite her having a German accent? I don't know either... 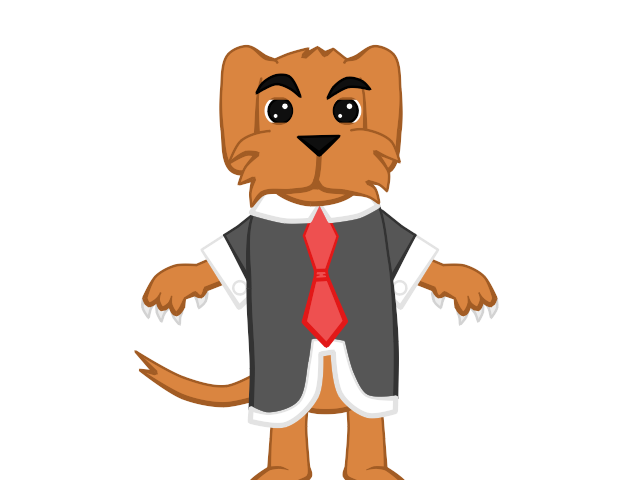 The 23rd president of Sector G, though his political position has next to no power compared to the Council. He was one of the founding members of Enigma Group G, and serves as a general advisor to them. This anthropomorphic dog has quite a passion for all kinds of food and will often shamelessly snack during important meetings. However, he does take his job seriously and tries to help the city as much as he can. He can often be critical of people and stubborn, though he's relaxed a little since his golden years. 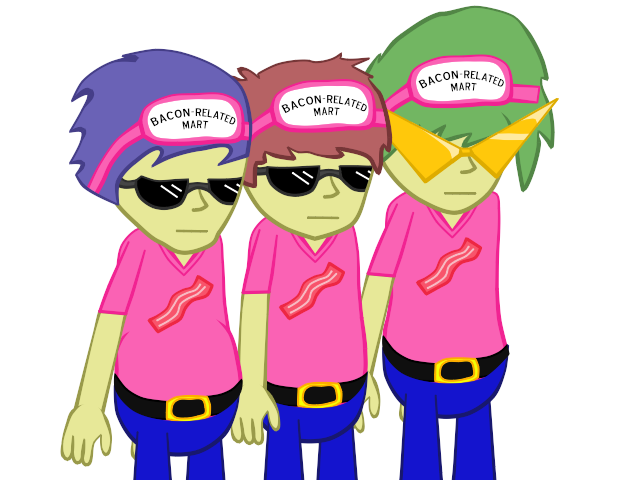 A group of store clerks that formed a cult centered around worshipping the consumption of bacon. They follow the Bacon God, whom they try to appease by making sacrifices, and will not let anything get in their way. However, due to their clumsiness, bravado, and general incompetence that generally don't accomplish much, but they don't give up. Brother Bob has special contact with the Bacon God and can transform into various "states of power." Currently, the trio resides in prison waiting to be saved, but new revelations are in store for them. 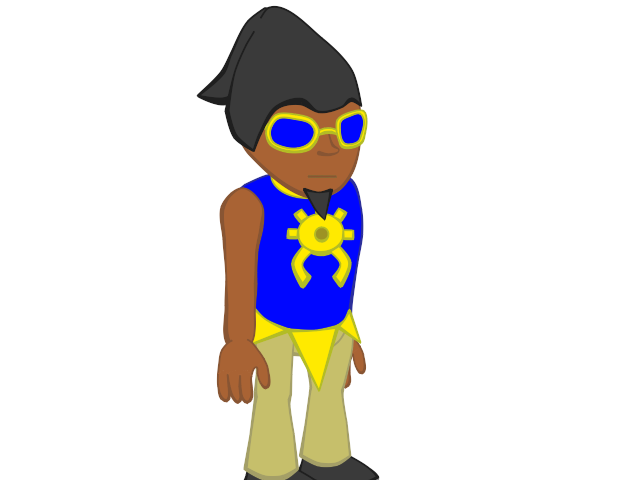 I still don't know what I'm going to do with this guy, but he's here all right.